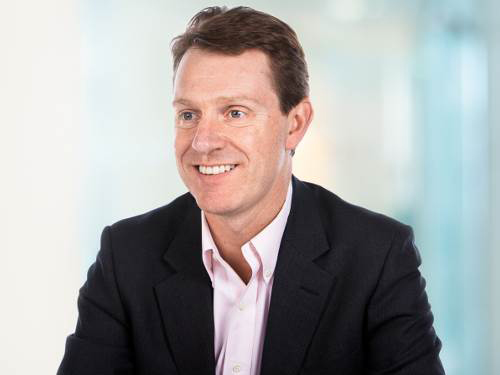 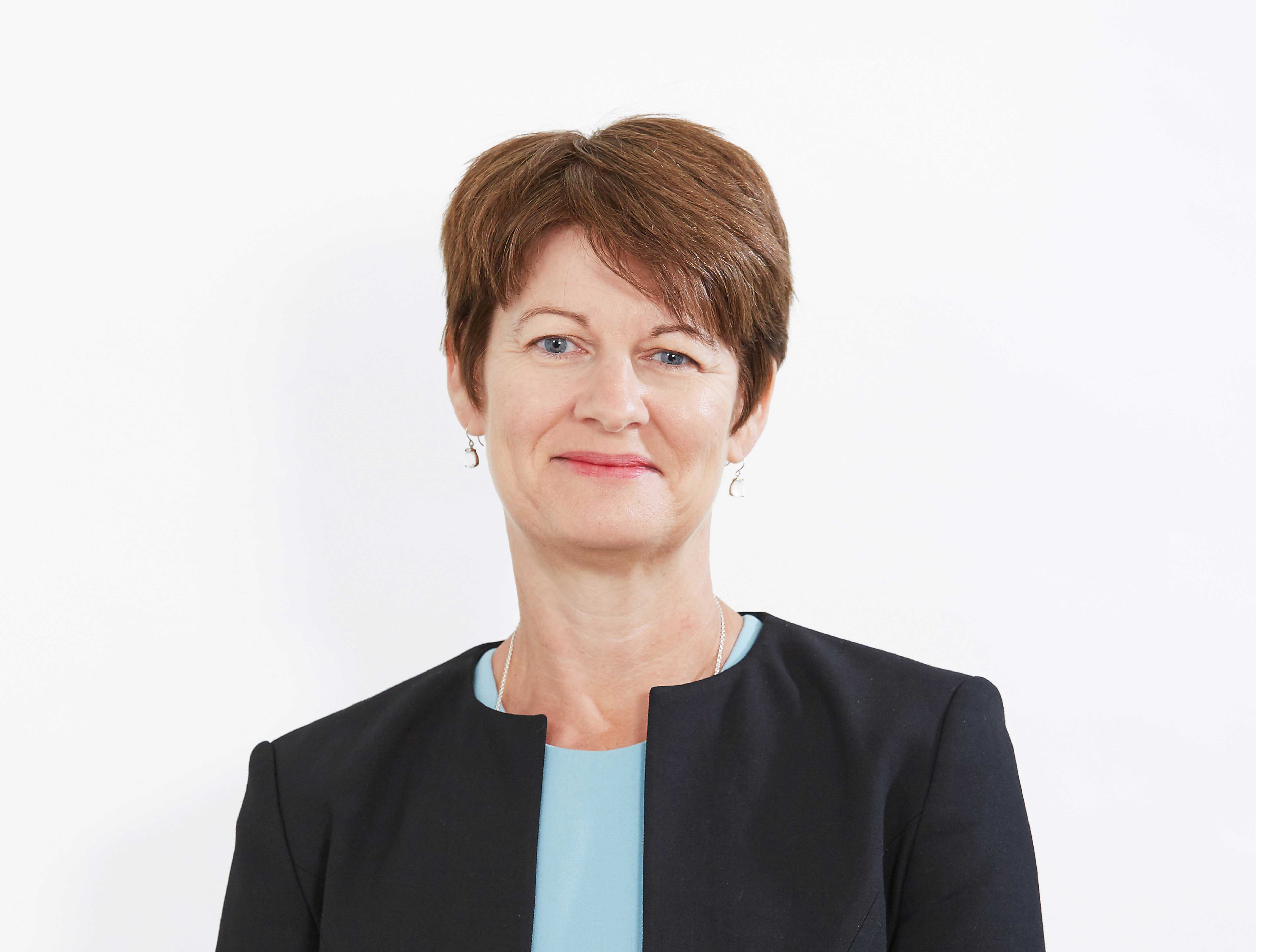 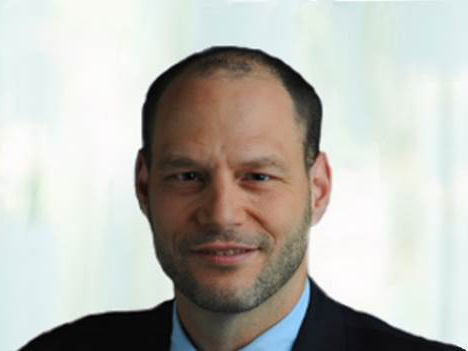 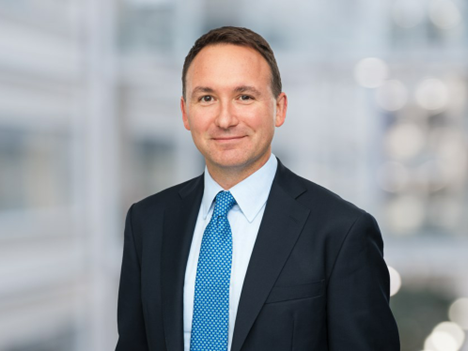 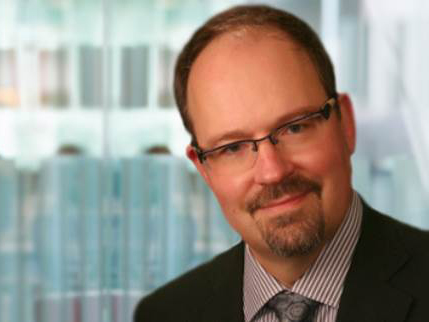 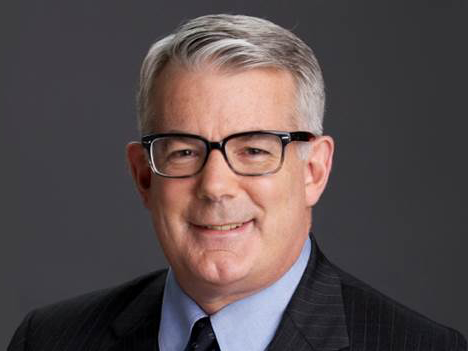 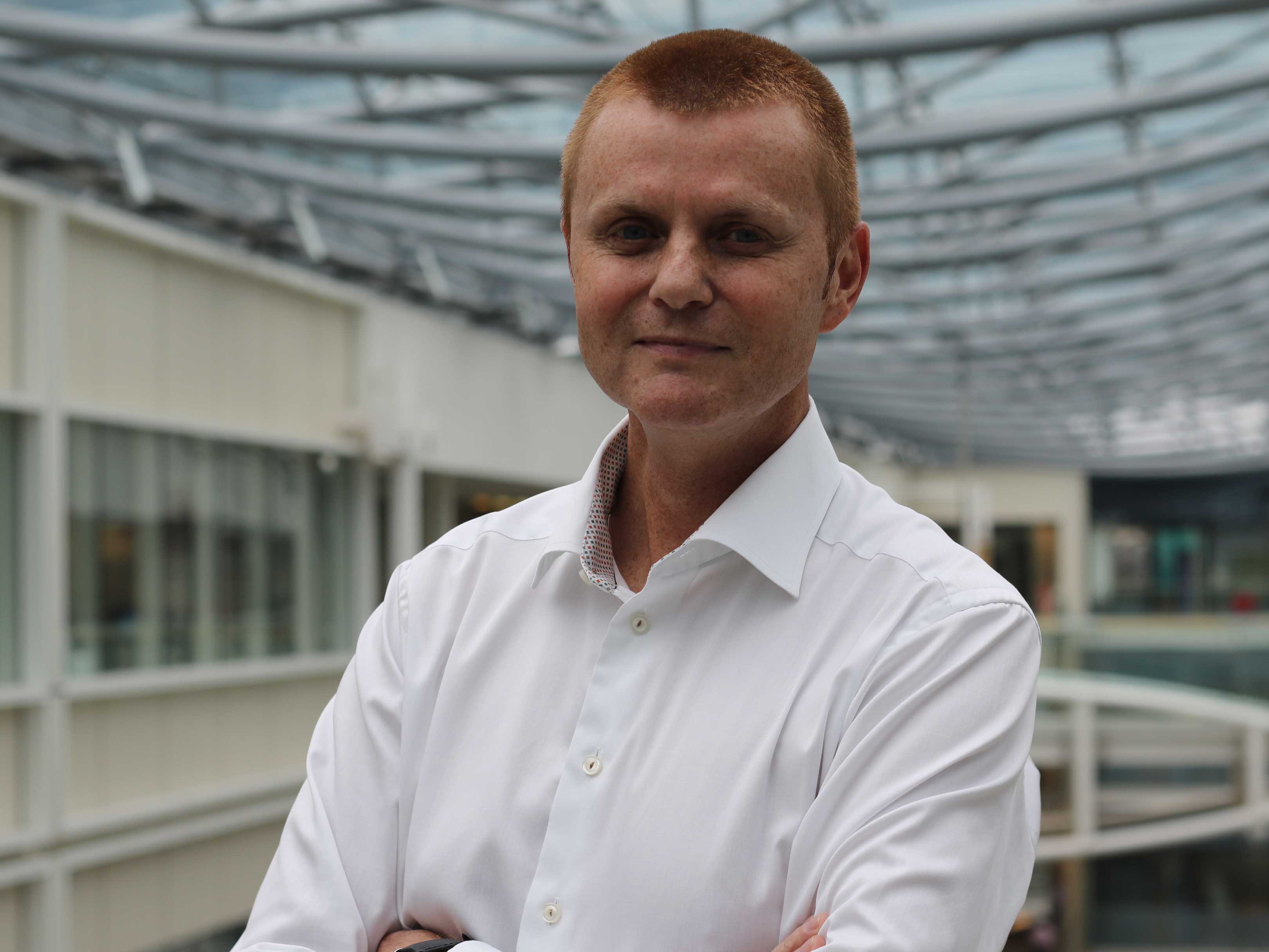 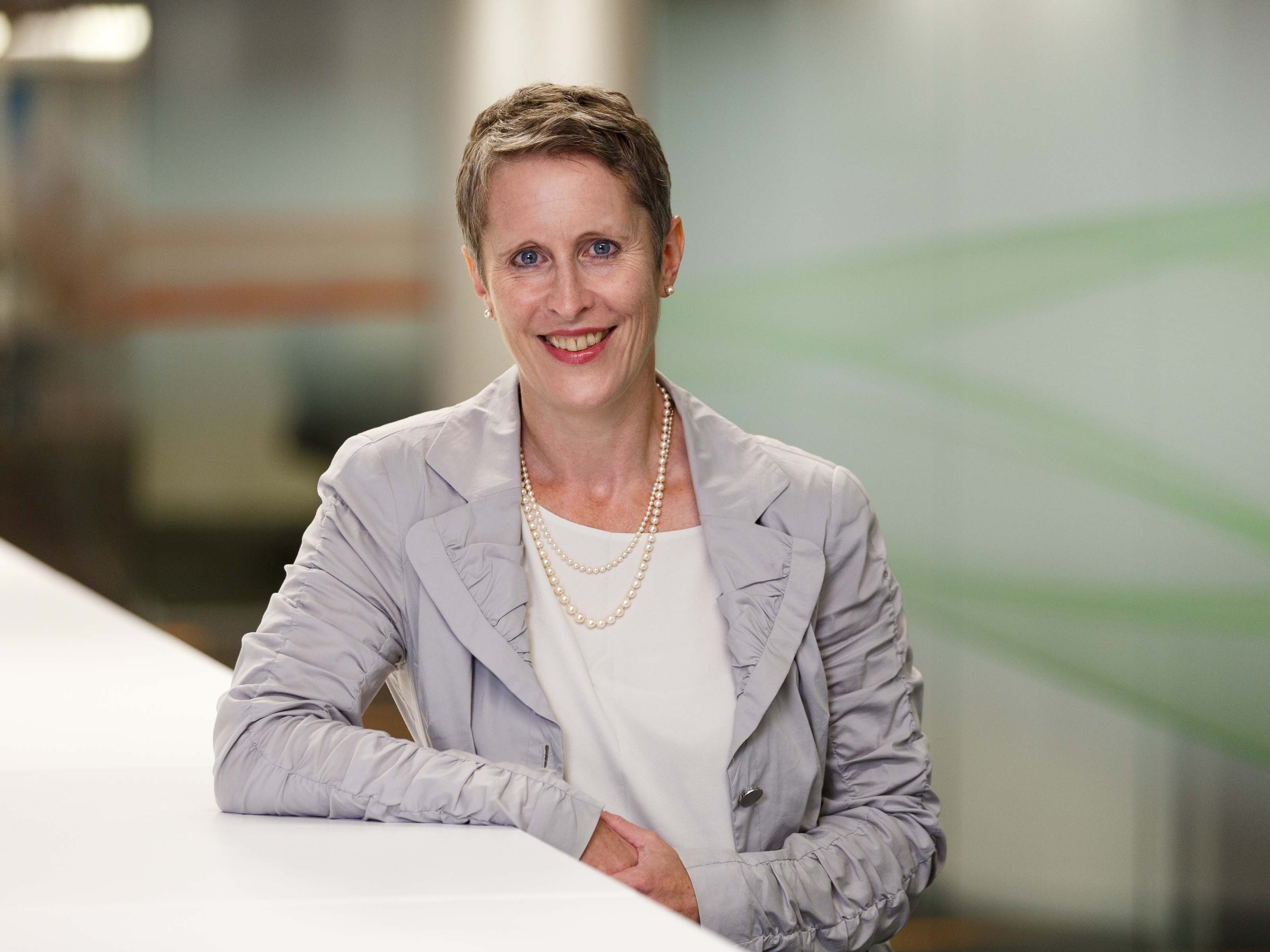 David Redfern is the Chairman of ViiV Healthcare’s Board. David was appointed as GSK’s Chief Strategy Officer in May 2008 and is responsible for proactive exploration of new business opportunities, strategic planning and dermatology. He is a member of the GSK Corporate Executive Team. Previously, he was Senior Vice President, Northern Europe with responsibility for managing GSK's pharmaceutical businesses in Denmark, Finland, Iceland, Ireland, the Netherlands, Norway, Sweden and Switzerland. David also had overall responsibility for the European HIV business from 2006 to 2008. David joined the company in 1994 from PricewaterhouseCoopers, where he managed a portfolio of audit clients and corporate transactions. He began his career with GSK as Corporate Accounts Manager, and spent 4 years in the Corporate Development team before being appointed Finance Director of European Pharmaceuticals in 1999. He was appointed Senior Vice President & Area Director, Central Europe in 2003, where he successfully led the Central Europe markets through their transition into the EU, and Northern Europe in 2005. David has a Bachelor of Science degree from Bristol University in the UK and is a Chartered Accountant.

Deborah Waterhouse became Chief Executive Officer of ViiV Healthcare on 1st April 2017. She has been CEO Designate since 1st January 2017.

Deborah joined GSK in 1996 and was most recently the Senior Vice President of Primary Care within the company’s US business, prior to which she led the US Vaccines business. She brings a wealth of experience to ViiV Healthcare having lived and worked in Europe, Asia and the USA, and a strong track record of performance in both specialty and primary care. Deborah led the HIV business in the UK before heading the HIV Centre of Excellence for Pharma and held international roles as General Manager of Australia and New Zealand and Senior Vice President for Central and Eastern Europe.

Before joining Pfizer’s Worldwide Business Development group in 2007, Doug held positions of increasing responsibility within Pfizer’s US Pharmaceuticals commercial strategy and business development team.  Doug has been a key contributor to a variety of Pfizer transactions and a variety of innovative US commercialization initiatives including the creation and launch of the Pfizer/Microsoft/IBM collaboration, Amicore and the launch of the Pfizer for Living ShareCard andPfizer Helpful Answers programs.

Prior to joining Pfizer, Doug was a consultant at Booz, Allen & Hamilton.

Doug holds a Bachelor’s Degree in Biomedical Engineering from Duke University and an M.B.A. degree from Cornell University’s Johnson School of Business.

Luke joined GSK as President, Global Pharmaceuticals in September 2017. He is a member of the GSK Corporate Executive Team and a Board Member for ViiV Healthcare.

At GSK, he is responsible for commercialising a portfolio of medicines and vaccines with annual sales of more than £20 billion and operations in over 100 markets.

Luke joined AstraZeneca from Roche, where he was Regional Vice President Asia Pacific for the Pharmaceuticals Division. Before then, he held roles of increasing seniority at Sanofi-Aventis in Asia and the US. He also co-led the US integration of Sanofi and Aventis. Prior to that, he held general management roles in Thailand and New Zealand, following his entry into the industry in Australia.

He holds a Bachelor of Science degree in Biology from Flinders University in Adelaide and an MBA from the Macquarie University, Sydney.

Dr John Keller joined Shionogi Inc. in July of 2010 and was appointed as President and Chief Executive Officer and as a member of the Shionogi Inc. Board of Directors in April 2011.

Immediately prior to joining Shionogi, John was a Partner in SR One, the venture capital group of GlaxoSmithKline. Previously, John served as Executive Vice President and Chief Business Officer of Incyte Corporation, playing a key role in its transformation into a drug discovery and development company and establishing its first major corporate alliance after that transformation. Before Incyte, John had a 16 year tenure at GlaxoSmithKline and its predecessor, SmithKline Beecham, culminating in the position of Vice President, Worldwide Business Development. In that role, he structured numerous licensing agreements with a broad range of partners worldwide, including the agreements originally establishing the Shionogi-GSK (later Shionogi-ViiV Healthcare) joint venture. Earlier positions encompassed R&D strategy, technology licensing, alliance management, public policy, project management, and drug discovery research.

Dr. Rod MacKenzie is Executive Vice President, Chief Development Officer for Pfizer. Rod is responsible for the development and advancement of Pfizer’s pipeline of medicines in several therapeutic areas, including cardiovascular and metabolic disease, inflammation and immunology, neuroscience and pain, oncology and rare disease.  He serves on the corporate Portfolio Strategy and Investment Committee and is a member of Pfizer’s Executive Leadership Team.

Rod began his career at Pfizer as a Research Scientist and worked in many medicinal chemistry programs across various therapeutic areas. Rod is the co-inventor of darifenacin (EnablexTM). He has held numerous leadership positions at Pfizer, including Head of PharmaTherapeutics Research and Development; Senior Vice President, Head of Worldwide Research; and Senior Vice President, Head of Drug Safety R&D and Comparative Medicine.

Rod graduated from the University of Glasgow with a 1st Class Honors degree in chemistry and completed his PhD at Imperial College, London. He was awarded a NATO Postdoctoral Research Fellowship and spent two years at Columbia University, New York working in the area of molecular recognition.

Regis Simard is a Mechanical Engineer and also holds an MBA. He has held senior management positions in the Electronic and Tech industries (Sony, Konica-Minolta) and in the Healthcare and Medical devices industries (Covidien) where he gained valuable experience working with Japan, China, UK and France.

Regis joined GlaxoSmithKline in 2005 as Site Director at the GSK France plant at Notre Dame de Bondeville, then moved to GSK House UK to lead the Antibiotics and Latina Manufacturing cluster.

Diverse and broad experience of manufacturing, leadership to distil complexity and convey clear strategic direction, high levels of commerciality and customer/patient focus, incisive and focused when it comes to driving delivery, strong interest in people development

He is also a certified Six Sigma Black Belt.

Sabine Luik, MD, MBA was appointed Chief Medical Officer and Senior Vice President, Global Medical, Regulatory and Quality at GSK in December 2018.  Dr. Luik has extensive global industry experience leading teams across regulatory, pharmacovigilance, clinical development, clinical operations, and medical affairs. She is chair of the Global Regulatory Governance and Global Safety Boards, and is a member of the Portfolio Investment and Development Review Boards at GSK. Dr. Luik is responsible for the filing of new product submissions and support for existing licenses worldwide. She also leads the global regulatory groups for Chemistry Manufacturing and Controls, preclinical, labeling, systems and platform delivery, as well as Quality Assurance for the worldwide R&D organisation.

Prior to joining GSK, Dr. Luik held senior positions in Medical, Regulatory and Pharmacovigilance with Boehringer Ingelheim, where she established a global epidemiology team and worked across multiple therapeutic areas. Dr. Luik was a member of the Biomedical Advisory Council (BMAC) for PhRMA from 2013 - 2018, and the Health Section Governing Board for BIO from 2015 - 2018. She has been a member of the International Council on Harmonisation (ICH) Management Committee on behalf of EFPIA since 2012.

Dr. Luik received her MD from Johannes Gutenberg University (JGU), Mainz, Germany, and her Executive MBA from JGU in cooperation with the McCombs School of Business, University of Texas, Austin. She is a licensed physician in Germany.