International Women’s Day is a day to champion the progress of women in society. Celebrated by the UN, it the economic, political and social achievements of women. Like the fight against HIV, the journey of women in society has made significant strides in our lifetimes, but there is still work to do.

Our focus on improving the lives of women and girls is driven by leaders from different backgrounds across our - from scientists and to patients and . So in the spirit of leading by example, we wanted to some of these inspiring women. These individuals’ stories impassion and inspire us daily to strive for a more gender-equal world and to fight HIV together.

Dr Kim Smith is responsible for making the bold decisions around research into HIV at ViiV Healthcare.

“I can ensure research studies include enough women – since half of the people living with HIV are women – which didn’t always happen. I want to see more drugs for children with HIV – that’s also an under-developed area. I am fortunate to work for a company that believes these are priorities to address.”

“Working with the community, being able to be involved, even in some small way, to the strategies that influence HIV prevention and that contribute to better quality of life and better health outcomes for people living with HIV or at risk of HIV is a truly humbling experience and affords me the opportunity to do what I can to make a difference.”

Dr Marty St. Clair was part of the team who helped develop the very first HIV drug – azidothymidine, better known as AZT – 30 years ago. In a recent address at the Cold Spring Harbor conference in the US in October 2016, Dr Marty St Clair recapped the story of her discovery, as well as her passion for the work that she is still actively engaged in.

Part of the original team that created ViiV Healthcare in Canada in 2009, Sara took over the role of General Manager for ViiV Healthcare Canada in June last year, after nearly five years as Marketing Director.

Balancing the demands of leading a business whilst ensuring an unwavering focus on improving the lives of people living with HIV is no small feat. But with more than a decade of experience in pharmaceuticals at both ViiV Healthcare and GlaxoSmithKline, Sara has first-hand experience of the passions and pressures that drive the organisation forwards.

Chiming with Canadian Prime Minister Justin Trudeau’s ambition to improve access to HIV therapies in Canada,[1] Sara is heavily involved with promoting public awareness and education. But what drives Sara is her personal passion to impact the lives of those infected and affected by HIV. 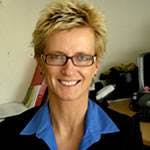 Annemiek had specialised as a clinician in HIV, working in London for 30 years. Then, in October last year, she made the bold move across to pharmaceuticals as Senior Global Medical Director at ViiV Healthcare.

Moving from consultant physician, specialising in HIV in women and in pregnancy, to a global role may not have been an obvious progression. However Annemiek’s vast specialist experience provided the perfect background for her role at ViiV Healthcare.

With HIV treatments being rolled out in more regions globally, Annemiek sees an important role for educating people, clinicians and communities to the complex practical issues, affecting people living with HIV.

With a specialist focus on paediatrics, Nav works on clinical trial and medicines development programs for children in the developing world. While this is a high pressure and highly sensitive environment, Nav is driven to findbold, novel advances, in the fight against HIV.

“Children are our future. How can this not be a motivator to do more, to take bolder steps for the future?  When you meet HIV-infected children, the only thing they ask for, is ‘that, you don’t forget them”, she says.

Nav was deeply involved in the 2005 “Children with HIV Early Antiretroviral Therapy” (CHER) trial that found that starting infected infants on antiretroviral therapy as early as possible substantially reduced mortality compared with waiting until they developed symptoms or their immune system weakened.[2] These results led quickly to changes in guidelines for treating HIV-infected infants issued by the US, World Health Organisation (WHO), Paediatric European Network for Treatment of AIDS (PENTA).

Globally, HIV/AIDS is the leading cause of death for women of reproductive age (15–44 years old)[3] and infection rates in young women (aged 15‑24) are twice as high as those seen in young men.[4] Despite the scale of the challenge, women are routinely under-represented in HIV clinical trials. This may be in part due to lack of childcare services, exclusions from study protocols due to the potential for pregnancy and lack of support in the home.

As a result there are gaps in our knowledge about issues regarding antiretroviral treatments that are particular to women. We are working to fix this gap by helping to empower vulnerable girls and women who are at risk or directly affected by HIV:

Despite the advances made in HIV over the past 30 years, girls and women in many regions of the world remain overlooked. Working in collaboration with organisations that are not afraid to be bold and drive change, we are determined to reduce the impact of the HIV epidemic worldwide.

For more information on our Positive Action Girls and Women programme, visit: https://www.viivhealthcare.com/supporting-the-community/positive-action-programmes/positive-action-for-girls-women/about.aspx 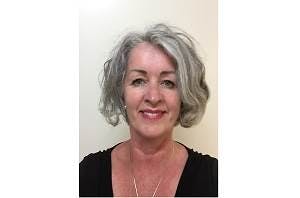