U = U CONVERSATIONS MAY IMPROVE HEALTH OUTCOMES

Undetectable equals untransmittable (U = U) is an empowering message and has been used in many public health campaigns and clinical guidelines across the world.1,2,3 It is a simple and powerful reminder of the benefits that effective antiretroviral therapies (ART) can bring to people living with HIV (PLHIV) and their sexual partners.

‘U=U means that people who achieve and maintain an undetectable viral load, do not transmit HIV to their HIV-negative sexual partners.’4

If PLHIV are on treatment and maintain undetectable levels of the virus (i.e. viral load < 200 copies/ml),5 they cannot transmit the virus to their sexual partners. The landmark PARTNER study looked at over 58,000 instances of sex without a condom among heterosexual and MSM couples, where one partner was HIV positive and one was HIV negative. Results found that where the HIV positive partner was on an effective treatment – reducing the amount of the virus to ‘undetectable’ levels – there were zero cases of HIV transmission i.e. Undetectable = Untransmittable.6

Sexually Transmitted Infections, a global journal from the British Medical Journal (BMJ), published results from the global Positive Perspectives study that investigated how conversations with healthcare providers (HCPs) about U=U impact PLHIV – with a supplemental video and podcasts. The Positive Perspectives findings showed that those who reported having the U=U discussion with their healthcare providers were more likely to self-report optimal health outcomes and viral suppression than those who reported not having the U=U discussion with their HCPs.7

Reporting being aware and informed of U=U by HCPs was associated with self-reported viral suppression as well as self-reported optimal overall health, mental health, physical health and sexual health.7 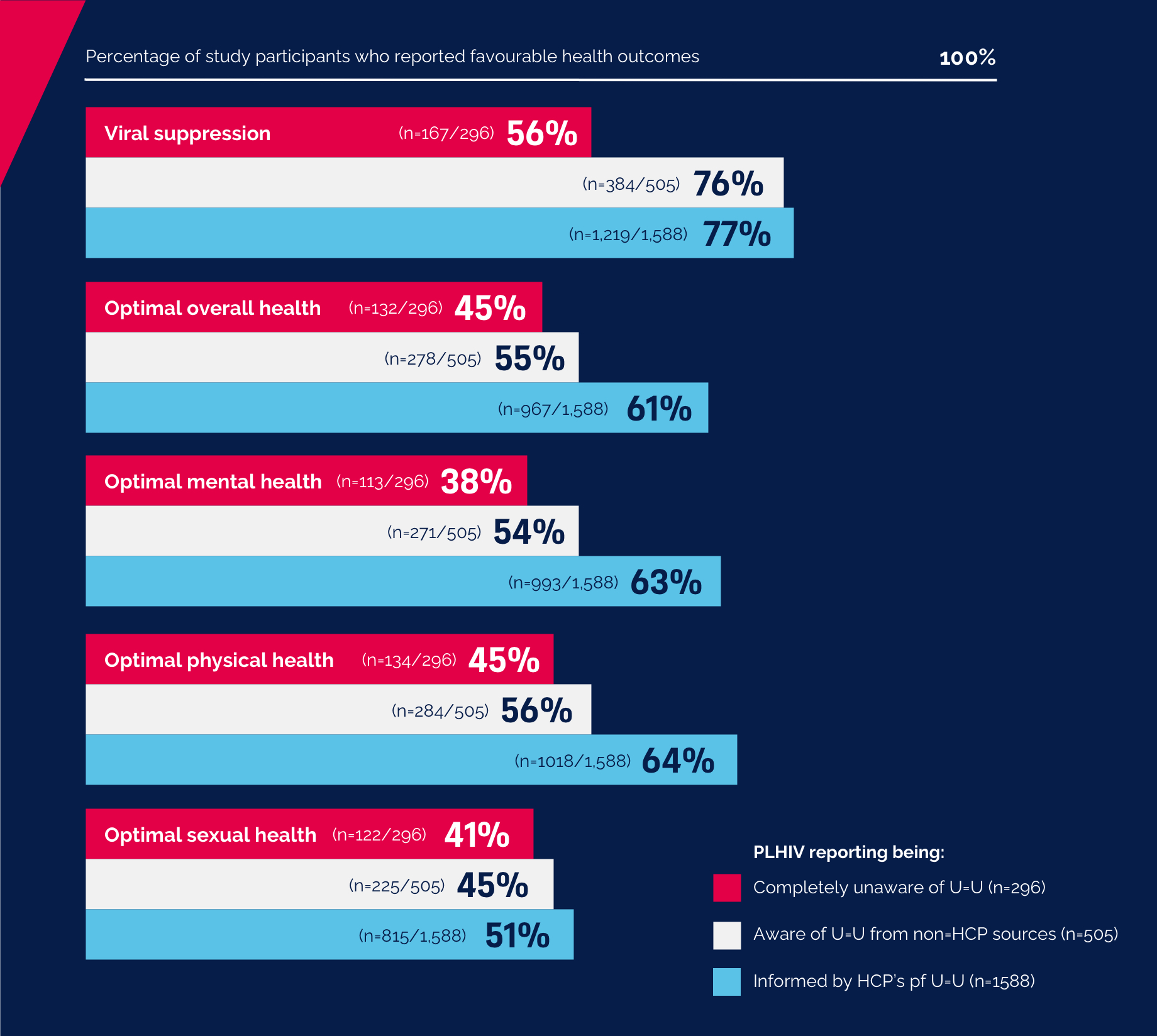 All differences statistically significant at p < 0.001

One of the most striking differences in levels of awareness of U=U was between men who have sex with men (MSM) and men who have sex with women (MSW). Seventy one percent of MSM (n=718/1018) reported being informed about U=U by their HCPs versus 58% of MSW (n=276/479). Considering the increased odds of self-reported viral suppression amongst those who reported being informed of U=U by their HCPs, this finding has an important bearing for women as sexual partners.7

“As HCPs, we work for decades to improve adherence and viral suppression with many treatments. What was surprising from the Positive Perspectives data was that people living with HIV who had reported having conversations with their HCPs about U=U were more likely to report viral suppression than those who had not.”

Proactive and informed discussions about U=U are beneficial, regardless of the source. However, the study observed stronger associations with self-reported positive health outcomes among those PLHIV who reported having these discussions with their HCPs, compared to those who reported accessing similar information via non-HCP sources.

“Those who reported being informed of U=U via their HCPs were more likely to report being aware that treatment prevents transmission and also report improved sexual, physical and mental health. However, one in three reported not being aware, which is high. As clinicians, if we are not proactively having these conversations with people living with HIV, then we are doing them a disservice.” 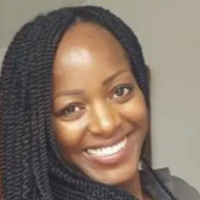 The Positive Perspectives study is one of the largest, global, HIV patient-reported outcomes (PROs) studies to date, with 2,389 PLHIV participating from 25 countries. Building on the earlier knowledge and insights gained from the initial Positive Perspectives survey undertaken in 2017, this study aims to further identify and explore unmet needs of PLHIV with respect to HIV care, including the impact of the disease on their quality of life.