Prisoners may not be the first people you think about when considering the HIV epidemic but in urban settings across Europe and the Western world, the carceral population is an important group to address when looking at the future of HIV.

Indeed, data on HIV awareness and prevalence within the Italian prison system is limited to a handful of observational studies. The lack of comprehensive data not only makes estimating HIV prevalence in Italian prisons difficult, it also makes developing effective HIV education and testing interventions a challenge.

We have started working with a penitentiary ID physician Society SIMSPe Onlus, a patient organisation NPS Italia Onlus, and Ca' Foscari University to help tackle these challenges. Under the coordination of SIMSPe Onlus, this group of HIV community advocates, healthcare professionals and academics have conducted a comprehensive survey of HIV awareness in prisons, to develop and implement a HIV education and testing intervention that targets the specific needs of incarcerated people as well as the needs of prison staff.

Free to live well with HIV in prison

The project, called “Free to live well with HIV in Prison,” is part of our Positive Partnerships programme, which supports the study of various and targeted community-driven interventions that address the unmet needs of people living with HIV.

The first part involved surveying one thousand incarcerated persons as well as the prison staff in ten prisons. Survey questions assessed prisoner understanding of HIV prevention, testing, transmission and stigma. The survey results reveal a variety of false fears and ignored risks. For example, 40% of respondents believe that HIV could be transmitted by the exchange of saliva, and only 68% of inmates said they would take antiretroviral medicine if they found out they were HIV positive.

NPS Italia Onlus, SIMSPe Onlus and Ca' Foscari University used the insights from this survey to develop and implement an HIV education, rapid testing and peer to peer support programme for the incarcerated persons, as well as for the prison staff, in the same prisons where the survey was conducted.

The power of partnership

All the three partners played key roles in the HIV education programme, which engaged prisoners and prison staff alike on key information about HIV prevention and transmission, as well as dispelling common misconceptions noted from the survey results.

“Each partner contributed unique value to this project. One of the aims of this project was to pilot how partners across different sectors could draw from their different competences and expertise in order to make the broadest, collective impact on the healthcare system in prisons” 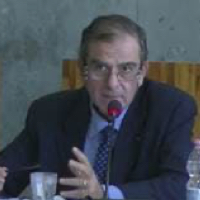 About seven hundred prisoners, including men, women and juveniles, volunteered to take part in the survey and HIV education programme

"This is the first time incarcerated women and young people have been included in such a comprehensive HIV programme in Italian prisons. Data generated from this project will be used to inform a range of targeted interventions for the different incarcerated populations”

This project also introduced rapid HIV tests to prisoners as well as staff for the very first time.

“Rapid HIV testing with immediate counselling was an option for anyone inside the prison – for incarcerated people as well as healthcare personnel and staff.” 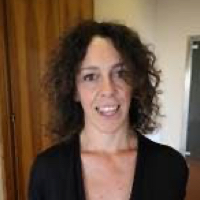 NPS Italia Onlus President Margherita Errico commented: “In almost every case, when we asked prisoners if they wanted to take a raid HIV test, they accepted. We believe more prisoners were willing to test because they knew that their results would be available in a matter of minutes.”

For those prisoners who tested positive, NPS Italia Onlus enabled peer-to-peer support from volunteer mentors – many of whom had been incarcerated previously. One of these mentors is Mario Cascio, who has been working with prisoners and education about HIV for years.

“I think that this project, with these two elements, the training of prison staff and the introduction of rapid HIV tests has paved the way to a new way of approaching health in prisons. It is making it more comprehensive and more inclusive,” said Mario Cascio, NPS Italia Onlus.

Like all elements of the intervention, this peer-to-peer support approach was informed by the survey results, which found that 47.7% of the respondents said it was easier to listen to, and to understand, a peer about living with HIV.

Both the survey and the intervention are part of a research effort managed by a leading HIV research institution in Italy, Ca' Foscari University. The research from “Free to Live Well with HIV in Prison” is being leveraged to encourage more HIV education and testing for incarcerated people living with, or at risk of HIV, across Italy.

“This project is a model of collaborative research,” said Professor Perocco from Ca' Foscari University, “Because it’s the first time there has been a research intervention in prisons that involves prisoners, doctors, educators, volunteers and all of the personnel that work in prison. All of these groups have been involved in conducting the research as well as participating in the intervention.”

The collaborative approach was recognised by representatives from the Ministry of Justice, who publicly commended “Free to Live Well with HIV in Prison” at a meeting at Ca' Foscari University in October 2017. At the event, a representative from the Ministry declared an interest in rolling out the project’s HIV education approach to prison staff across the country.

It is the intention of our Positive Partnerships programme to support projects that generate evidence, the insights of which can be harnessed to make a difference for people affected by HIV in their local area and beyond. “Free to Live Well with HIV in Prison” is a positive example of a project which, due to its collaborative and research-driven approach, has produced learnings that will have sustainable and lasting effects in the Italian prison system and hopefully beyond.

Learn more about this Positive Partnership project, as well as ending HIV through innovative, local interventions that support populations in need.